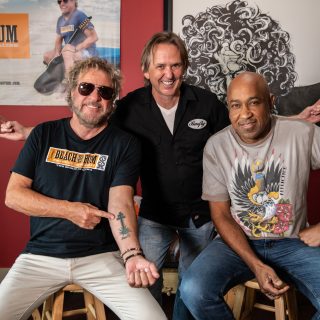 Sammy filed this report for us – plus two new cocktails for you!

Filming a little Beach Bar Rum promo, while sneaking in a little smooch with Kari while she had her mask off #VicInTheHouse #OneSip

Spent the day singing and playing acoustically, filming with the great mixologist Jeff Burkhart (the Barfly) mixing up some new concoctions for the website, etc. Man these are great drinks and the right music to go with them. Lord knows I do miss playing live concerts! But it sure felt good to play & sing with Vic & Kari. Not a bad way to mix work and play! Sammy and Jeff made the Red Head Mai Tai,  the Sweet Hitchhiker, plus two new drinks – the Kola Mojito and a Cherry Fernet con Kola! See below for those recipes. DIRECTIONS: Combine rum, lime juice and sugar, break up mint leaves by hand (not too much), add soda water, mix, and enjoy!

DIRECTIONS: Combine first three ingredients in a mixing glass, stir until cold. Strain into a chilled cocktail glass and garnish with the cherry 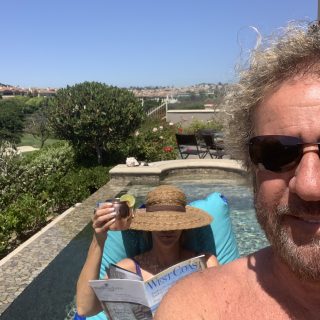 Rum In The Sun!

A little rum in the sun never hurt no one! 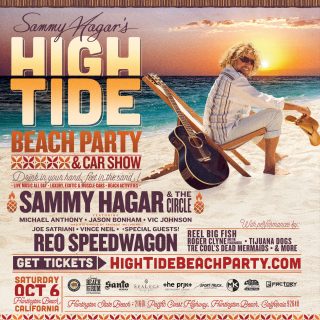 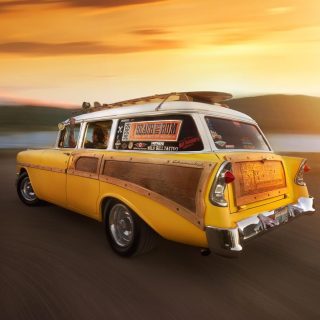 Special deliveries, one day only for #RumDay! 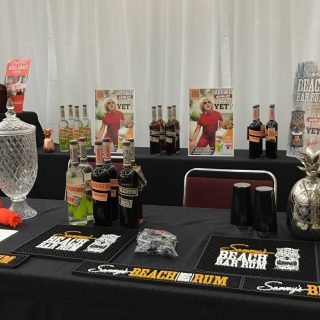 We have a booth at the trade show in Honolulu that Young’s Market Company is putting on with all their brands! 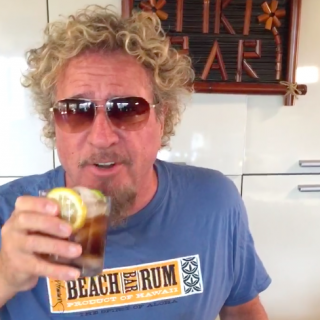 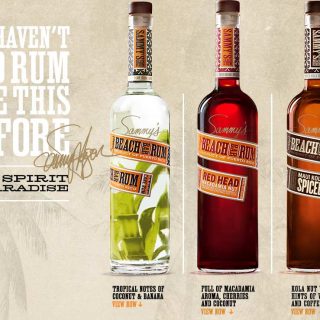 We’re excited to announce that starting immediately, you can now get Sammy’s Beach Bar Rums in new stores located in California, Florida, Hawaii and Missouri! Head over to the LOCATE page to look up a store near you and get directions, bringing you one step closer to the Spirit of Paradise.  Don’t forget to let us know when you’ve visited by posting a photo on Facebook/Twitter/Instagram, tagged #SammysRum! 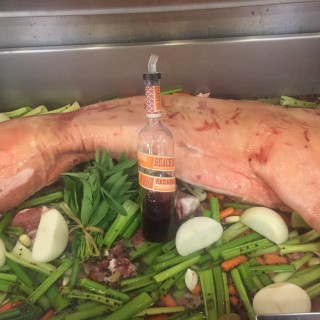 *I use Head Country because I don’t like to use a sweet sauce because it will take away the Great Flavor of Red Head Beach Bar Rum. 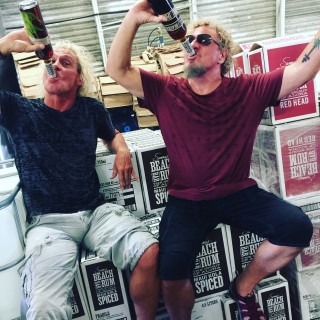 It’s fantastic!  It’s only available in Maui, but soon will hit the States.  Makes the best rum and Coke you’ll have in your life.

In other Rum news we are presently catching up on the Puerto Rican beach Rum!  We will have a spiced, the white, and also a special Redhead Version from Puerto Rico ready to ship next month.

It tastes different than the Maui Rum, a little more traditional taste coming from that area of the world.  A lot of my friends say it tastes more like rum haha. See you out there this summer with the circle. – Sammy

For this year’s Bar Issue, we talked with 21 local bartenders about where they work, their favorite drinks and where they like to go out. Oh, and because we’ve been on a kind of Bloody Mary kick lately, we asked them for their thoughts on the ultimate Bloody Mary. Enjoy!

TIM JONES, Hali‘imaile General Store: “We have an inviting, old school Hawaiian plantation atmosphere here at Hali‘imaile General Store. If I am sitting here I am ordering the Lemongrass ginger frost cocktail with coconut. One of my favorite Maui bars is Monkeypod because they serve ice cold draft beer. Come by my bar and I will make you a watermelon Mojito. I made it as a special this week with two ounces of fresh watermelon, two ounces Sammy’s Beach Bar Rum, one ounce fresh lime juice, one ounce simple syrup and generous portion of fresh mint from our front garden. Muddle, shake and top with splash of soda water. Yumm! Our award-winning Tai Mai is made with local rum, fresh limes, homemade kaffir syrup and fresh local lilikoi. Charley’s has a Bloody Mary bar on Sundays that is great to enjoy while watching football. The spices and creative garnishes make their Bloody one of the best.”